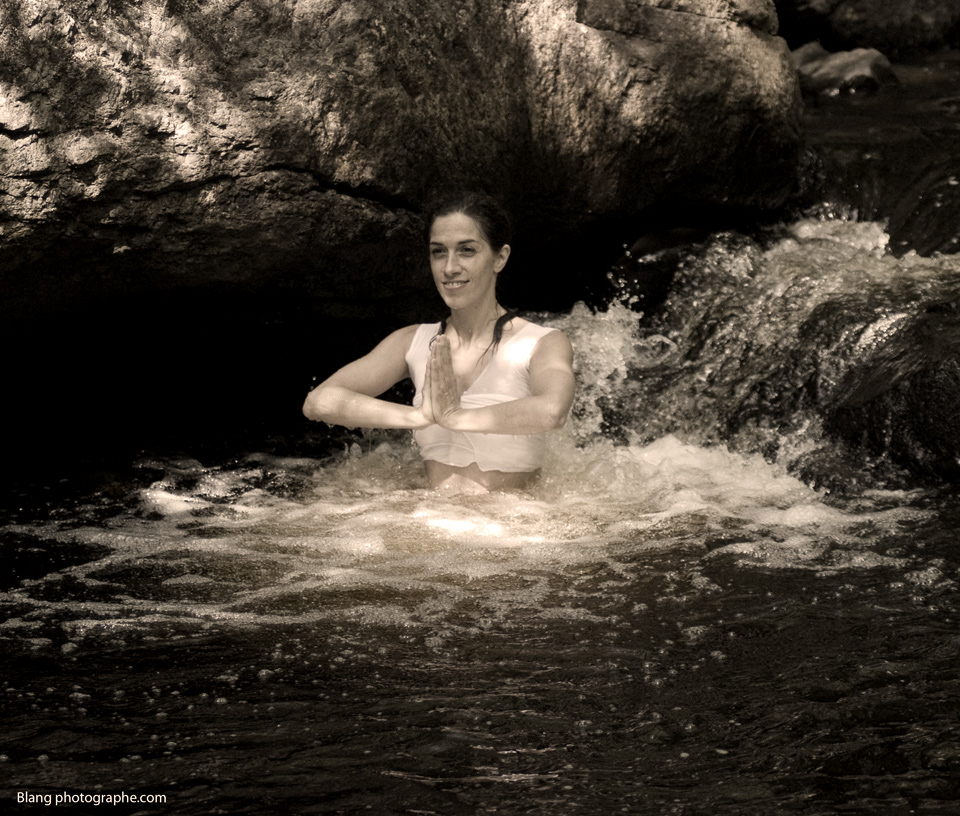 Trained in classical dance at the Avignon Conservatoire, Laurence Schroeder studied dance at INSEP in Montpellier in 1989 and then began an international career as a choreographic artist.

In 2001, she returned to Paris, where she graduated in Laban Movement Analysis at the Paris Conservatoire of Dance and Music and in 2002 graduated from the Centre National de Danse (Paris).

Between 2003 and 2009, she lived in New York, exploring her practice of dance improvisation and dance contact improvisation. She was involved in the teaching of dance for deaf and dumb children as well as choreographic creation.

Having practiced Hatha/vinyasa since 1998, she decided to train in Hatha/vinyasa yoga teaching methods in 2006. She joined the OM Yoga Center on Broadway Avenue and pursued her yogic study there.

Yoga, tai chi, qi gong, dance, the Feldenkrais method and the analysis of dance movement have been her faithful companions for the past 25 years.

Full of the fusions of these different disciplines and a new dynamism that made her want to devote herself to teaching, she decided to return to Paris in 2009 to continue the perpetual search for the essence of the self in the artistic whole and in spirituality.

She began giving group and private lessons in vinyasa yoga aimed at physical preparation, prevention of dance accidents, as well as for budding, intermediate and advanced yogis.

In 2015, in collaboration with other committed practitioners, she set up the Yoga Alliance International certified Balance Zone yoga teacher training course (200h and 500h).